Lata Mangeshkar Born 28 September 1929 is an Indian playback singer and music director. She is one of the best-known and most respected playback singers in India. She has recorded songs in over a thousand Hindi films and has sung songs in over thirty-six regional Indian languages and foreign languages, though primarily in Marathi, Hindi, Bengali and Assamese.

The Dadasaheb Phalke Award was bestowed on her in 1989 by the Government of India. In 2001, in recognition of her contributions to the nation, she was awarded the Bharat Ratna, India’s highest civilian honour and is only the second vocalist, after M. S. Subbulakshmi, to receive this honour. France conferred on her its highest civilian award (Officer of the Legion of Honour) in 2007.

Take a look at Lata Mangeshkar’s musical journey
In 1942, her father’s untimely death put the onus of providing for the family on her shoulders. Pandit Deenanath’s friend Master Vinayak took care of the Mangeshkar family and offered her a role in the film Badi Maa. In 1949, she moved to Bombay (now Mumbai), where she began learning Hindustani music from Ustad Aman Ali Khan.
Lata has worked with several legendary music directors including Madan Mohan, R D Burman, the duo Laxmikant-Pyarelal and A R Rahman. She teamed up with Madan Mohan for the 1960s like Aap Ki Nazron Ne Samjha from Anpadh, Lag Jaa Gale and Naina Barse Rim Jhim from Woh Kaun Thi?. Lata has sung over 700 songs for Laxmikant-Pyarelal, which include Mere Naseeb Mein from Naseeb and Sheesha Ho Ya Dil Ho from Asha.
Songs like Gata Rahe Mera Dil, and Piya Tose in Guide (1965) were recorded for S D Burman.
Lata sang R D Burman’s first and last songs – in Chote Nawaab (1961) and Kuch Na Kaho in 1942: A Love Story in 1994. Her collaborations with A R Rahman resulted in popular songs like Luka Chupi in Rang de Basanti (2006) and O Paalanhaare in the movie, Lagaan (2001).
From Pyar Kiya To Darna Kya from Mughal-e-Azam (1960) to Ajeeb Dastaan Hai Yeh, from Dil Apna Aur Preet Parai (1960) to Rangeela Re from Prem Pujari (1970) or even Jiya Jale in Dil Se, the singer has lent her voice to a number of timeless classics over the years.
In 2012, Lata Mangeshkar launched her own music label called LM Music. Her most recent release (March 2019) was the song Saugandh Mujhe Is Mitti Ki, composed by Mayuresh Pai, which is a tribute to the Indian army and India.
Awards and recognitions
Lata Mangeshkar has received several awards and accolades during her eight-decade-long career. In 1974, she became the first Indian to perform at the Royal Albert Hall. She is the recipient of three National Film Awards, 15 Bengal Film Journalists’ Association Awards, four Filmfare Best Female Playback Awards, two Filmfare Special Awards, Filmfare Lifetime Achievement Award and many more. Lata Mangeshkar was bestowed with the Dadasaheb Phalke Award in 1989. In 2001, she was awarded the Bharat Ratna, India’s highest civilian honour. The government of France conferred on her its highest civilian award (Officer of the Legion of Honour) in 2007.
Along with these, Lata Mangeshkar holds the distinction of being the most recorded artist in the history of Indian music in Guinness Record in 1974. The Indian government honoured her with the Daughter of the Nation award on her 90th birthday in September 2019.
The book entitled “Lata Mangeshkar: A Musical Journey” contains little known facts intertwined with the story of her life in music, struggles, successes and her reign as the Queen of Hindi music from the 1940s to the present day.
On November 11, 2019 Lata Mangeshkar was admitted to the Breach Candy Hospital, in South Mumbai after she complained of difficulty in breathing. According to latest reports, while she is recovering gradually, her condition remains critical. 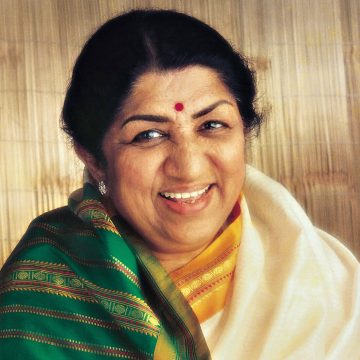 11. Are Re Are Ye Kya Huya Lyrics Slow Version