Alka Yagnik (born 20 March 1966) is an Indian playback singer. She is noted in Indian cinema for a career spanning over three decades. She holds a record of being the only nominee in the category of Female Playback Singer, as in the year 1994 she had three solo nomination and the fourth one was with Ila Arun. She is a record seven-time winner from a record of 36 nominations of the Filmfare Award for Best Female Playback Singer, a two-time recipient of the National Film Award as well as several other music awards and honours listed below. Further, as many as twenty of her tracks feature in BBC’s “Top 40 Bollywood Soundtracks of all time” review. She is one of prolific female playback singer who has sung maximum number of female solos in her Bollywood career. She is ranked No. 1 in the YouTube’s Music Charts & Insights list of top global artists as of 12 March 2020. She has been on the chart for 182 weeks with 348 million views.

Yagnik was born in Kolkata on 20 March 1966 to a Gujarati family. Her father’s name is Dharmendra Shankar. Her mother Shubha was a singer of Indian classical music. In 1972 at age six, she started singing for Akashvani , Calcutta. At age 10, her mother brought her to Mumbai as a child singer. She was advised to wait until her voice matured, but her mother remained determined. On a subsequent visit, Yagnik got a letter of introduction to Raj Kapoor from his Kolkata distributor. Kapoor heard the girl and sent her with a letter to noted music director Laxmikant. Impressed, Laxmikant gave her two alternatives – an immediate start as a dubbing artist or a later break as a singer; Shubha chose the latter for her daughter. Yagnik mentioned that she was a bright student but didn’t like studies.

A classically trained Yagnik began singing bhajans for Akashvani (All India Radio), Calcutta at the age of six. Her first song was for the film Payal Ki Jhankaar in (1980). This was followed by Laawaris (1981) with the song “Mere Angane Mein”, followed by the film Hamari Bahu Alka (1982). She got her big break with the song “Ek Do Teen” from the film Tezaab (1988). She has said that she had a high fever on the day she recorded “Ek Do Teen”. The song won her the first out of seven Filmfare Award for Best Female Playback Singer. Besides Hindi, she has sung in more than twenty languages including Assamese, Bengali, Gujarati, Malayalam, Marathi, Punjabi, Tamil and Telugu except Kannada. She has also performed in live concerts around the world. In an interview with Mid Day, Yagnik told that she records five songs daily during her time. During her start of career in the 80s, her biggest rivals was Lata Mangeshkar and Asha Bhosle.

In 1993, Yagnik sang a seductive song “Choli Ke Peeche Kya Hai” with Ila Arun. The song created controversy because of the lyrics written by Anand Bakshi. She got a second Filmfare award for the song, which she shared with Ila Arun.

In 1994, she sang another seductive song “Din Mein Leti Hai” from the film Amanaat with co-singer Kumar Sanu and Ila Arun, composed by Bappi Lahiri and lyrics by Anwar Sagar. Besides the duet version, she also sang the female version of the song with Ila Arun. She has performed several shows with Kalyanji-Anandji and Laxmikant-Pyarelal.

Throughout the 90s Yagnik along with Kavita Krishnamurthy and Poornima were singing most of the songs for heroines.

Yagnik has such as “Tum Aaye” and “Shairana” in which she worked in close collaboration with award-winning lyricist Javed Akhtar and singer Hariharan. She has also performed the Hanuman Chalisa and various devotional songs. Her song “Chamma Chamma” from China Gate was featured in the song “Hindi Sad Diamonds” from the soundtrack of the film Moulin Rouge!.

Yagnik has also been involved in various projects to empower girls. In 2014, Yagnik again teamed up with Sonu Nigam to sing the song “Phool Khil Jayenge” for child health awareness. She also sang a song titled “Maine Li Jo Angdai” for the album Women’s Day Special: Spreading Melodies Everywhere. It was composed by Farid Sabri, Harish Chauhan, and Gurudatt Sahil; and penned by Sudhakar Sharma.

Yagnik shares the title for the greatest number of Filmfare Awards with Asha Bhosle (seven) by a female playback singer. She has sung 2,486 Hindi songs in 1,114 films. She is the fifth most prolific Bollywood singer of all time after Asha Bhosle (7886 songs), Mohammed Rafi (7405 songs), Lata Mangeshkar (5596 songs) and Kishore Kumar (2,707 songs). She is the third topmost female playback singer after Lata Mangeshkar and Asha Bhonsle who has sung a maximum number of female solos in her Bollywood career

Alka Yagnik is one of the leading singers of the Hindi film who has made an indelible mark for herself. In an industry where big and already established names were ruling, it was not easy for anyone to even get noticed. But real talent never goes waste and she finally got her big break after which there was no turning back. Born in Calcutta on 20th March in a Gujarati family, Alka Yagnik began showcasing her talent at a very young age. Today, the chart topping songs of Alka Yagnik are a favorite of many. Check out her life history in this biography of Alka Yagnik.

Alka Yagnik received formal training in Indian classical music at a very young age. Her parents were also well versed with classical music and persuaded her to tone her voice. At the age of six, she began singing devotional songs for Calcutta Radio. Alka Yagnik never thought that singing would become a profession for her and always thought of it as a hobby. To realize her dreams, she came to Mumbai. She got an offer to sing in the movie Payal Ki Jhankaar in the year 1979. She also sang Mere Angane Mein from the movie Lawaris in the year 1981.

But the song that made her a star overnight was the popular hit Ek Do Teen from the movie Tezaab released in the year 1988. She won her first Filmfare award for this song and thereafter offers poured in like never before. She went on to win six more Filmfare awards for the movies Khalnayak (1993), Pardes (1997), Taal (1999), Dhadkan (2000), Lagaan (2001) and Hum Tum (2004). She won National Award for the movie Hum Hain Rahi Pyar Ke (1994) and Kuch Kuch Hota Hai (1999). She is one of the most sought after playback singers in recent times and has contributed immensely to the music industry. 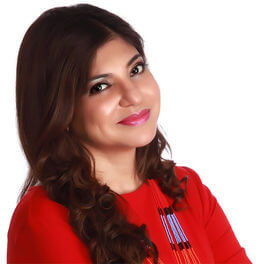 53. In The Night No Control Lyrics