Jubin Nautiyal is an Indian singer, performer, music programmer, composer, music director, music arranger, indi-pop and playback singer.
He was born in Dehradun on 14 June 1989,
He have given his voice for multiple movies such as India’s Most Wanted,Kidnap,Kabir Singh,,Hume Tumse Pyaar Kitna,Girlfriend and Many More.He is known for his work in the movies Bajrangi Bhaijaan (2015) and Kaabil (2017).

He studied at St Joseph’s Academy, Dehradun and Welham Boys’ School, He moved to Mithibai College, Mumbai for further studies. He got trained in music from his teacher Mrs Vandana Srivastava.

Jubin Nautiyal’s father Ram Sharan Nautiyal is a businessman and a politician in Uttarakhand, India.

He made his debut with the song “Ek Mulakaat” from the film Sonali Cable (2014).

While studying at Mithila College in Mumbai, he met who appreciated his voice quality and also suggested that he should continue to work on his voice for a few more years before entering the music industry.

Lyrics of the Songs which are sung by Jubin are listed below: 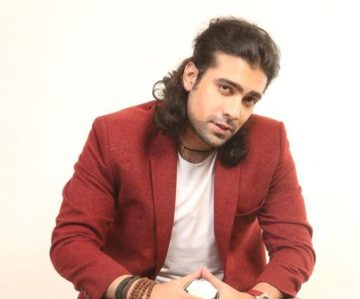