Armaan Malik is an Indian singer, songwriter and an actor. He is known for his singing in Hindi, English, Kannada, Tamil, Bengali, Gujarati & Marathi. He also sings in many Indian languages. A finalist on Sa Re Ga Ma Pa L’il Champs (2006), Armaan advanced to eighth place with public votes. He is the brother of composer Amaal Mallik. Previously represented by Universal Music India, he is now signed on by T-Series. He has also signed with Arista records. His first on-screen appearance was in the film Kaccha Limboo in the year 2011.

He was born in Mumbai to Indian Music Composer Daboo Malik and Jyothi Malik. Daboo Malik is the brother of Music Director and Singer Anu Malik.

The singer also featured as a coach on an Indian reality show, The Voice India , and became the youngest coach/judge in the history of Indian singing reality show.

Billboard.com announced on 12 March 2020 that Armaan has signed with Arista Records for his first official English-language single, “Control,” out 20 March 2020.

Armaan Malik is an Indian singer, previously represented by Universal Music India, and now signed on by T-Series.A finalist on Sa Re Ga Ma Pa L’il Champs, Armaan advanced to eighth place with public votes.
His first on-screen appearance was in the 2011 movie Kaccha Limboo.He is the son of music director Daboo Malik by his wife Jyothi.

He belongs to a family which has been active in Bollywood for three generations. His grandfather, Sardar Malik, was a noted music director, while his great uncle was the lyricist Hasrat Jaipuri.

In the second generation, Malik’s father, Daboo, and uncle Anu Malik are music directors and occasional singers. In the third generation, Malik’s elder brother is the music director Amaal Mallik.Malik has sung for over 100 commercials and about 16 films such as W, Jai Ho, Bhootnath, Rakta Charitra, Chain Kulii Ki Main Kulii, Chillar Party, Hero, Do Lafzon Ki Kahani, Junooniyat to name a few. 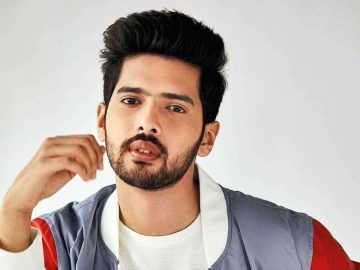