Ankit Tiwari is an Indian playback singer, music director, composer. His career began upon meeting Pradeep Sarkar where he got a chance to work on jingles and started composing background music for television programmes. Subsequently, he was offered to compose music for Do Dooni Chaar (2010) and Saheb, Biwi Aur Gangster (2011), where he started his singing career with the song he composed for the later.

In 2014, he collaborated with Mohit Suri for Ek Villain, where he composed and sung “Galliyan”. For the track he received another two nominations in Filmfare Awards winning the Best Male Playback Singer Award He also recorded the song “O Yara” for the Pakistani film, Bin Roye.

Ankit born in Kanpur, Uttar Pradesh. His parents own a music troupe in Kanpur called “Raju Suman and Party” which performs at religious convocations. His mother is a devotional singer. Though his parents wanted him to complete his studies first, his inclination towards music led them to decide on training him professionally. He trained in classical music from Vinod Kumar Dwivedi before training in piano, Dhrupad and Western vocals. He instituted at and won several local music competitions during the time. He used to work as a production head at a radio station in Gwalior, before he moved to Mumbai in December 2007 along with his brother Ankur Tiwari.

In Mumbai, Ankit Tiwari met Pradeep Sarkar who was working on a film at that time. Though the film got shelved, Sarkar gave him, along with other musicians, a chance to work on jingles. It was then he composed a couple of background scores for the television programmes. Tiwari met Habib Faisal, who offered him to compose the music for his directorial debut film Do Dooni Chaar which was then released in 2010. Later for producer Tigmanshu Dhulia he composed the theme song of Saheb, Biwi Aur Gangster (2011). With this film, Ankit Tiwari made his singing debut where he rendered the song “Saheb Bada Hathila” along with Vipin Aneja.

In 2012, Ankit Tiwari narrated the song “Sunn Raha Hai” to Mahesh Bhatt and Mohit Suri, the director of the film Aashiqui 2. The song was also recorded in his voice and the female-version was rendered by Shreya Ghoshal. Apart from receiving critical acclaim, the song fetched Tiwari with multiple awards and nominations. He shared his first Filmfare Award as the Best Music Director along with Mithoon and Jeet Gannguli. The team received the Best Music Director Award from other ceremonies including IIFA Awards and Zee Cine Awards. Apart from music direction, Tiwari received his second nomination in Filmfare Awards as the Best Male Playback Singer. As his second release of the year, Tiwari collaborated with Sachin Gupta—marking his first song to the tunes of another composer—for the song “Aag Ka Dariya” from Issaq.

2014 began with the film Dee Saturday Night, where two of his songs, “Falsafa Mera Falsafa” and “Jhatak Ke Nacho” went mostly unnoticed with the music listeners. He then performed the track “Kaisa Hai Dard Mera” which was composed by Ismail Darbar for Subhash Ghai’s Kaanchi. Ankit Tiwari composed two tracks for the film Samrat & Co., titled “Sawaalon Mein” and a party song “Tequila Wakila” where both are rendered by Shreya Ghoshal. During the year, he performed three tracks for two of Himesh Reshammiya’s films, The Xposé and Action Jackson. His rendition for the song “Sheeshe Ka Samundar” from the former received critical acclaim, while “Punjabi Mast” and “Dhoom Dhaam” from the latter received negative response from critics. In July 2014, a duet with Tulsi Kumar titled “Kuch Toh Hua Hai” was released included in the film Singham Returns. The year ended with “Dil Darbadar” from PK. Apart from all the songs released during the year, the most successful track was “Galliyan” from Ek Villain. The song was a critical and commercial success; Mohar Basu from Koimoi described the song as “the most attractive song of the album” stating “Tiwari’s music and voice adds the required finesse in this song and what he has made darn great!”. The song fetched him several awards for the Best Male Playback Singer including from Filmfare, Star Guild and Stardust Awards. Subsequently, he received his fourth nomination in Filmfare as the Best Music Director Award at 60th Britannia Filmfare Awards. In the year, Ankit Tiwari made his debut in a Kannada film with the song “Nillu Nillu” from Dil Rangeela composed by Arjun Janya.

Tiwari composed and sung the song “Katra Katra” along with Prakriti Kakar for the film Alone (2015). They again collaborated for the song “Bheegh Loon” from Khamoshiyan. He then composed three tracks for the film Roy, “Tu Hai Ki Nahi”, “Yaara Re” which is rendered by KK and “Boond Boond” performed by Tiwari himself. The unplugged version of “Tu Hai Ki Nahi” was performed by Tulsi Kumar , along with the original received mixed reactions from critics though infusion of the whistle’s tune was appreciated 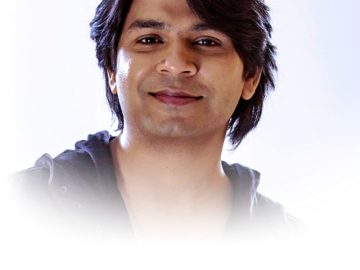 57. You and Me Lyrics (Teri Galliyan)