Allahrakka Rahman popularly known as A R Rahman is world’s most popular and versatile Composer, Singer, Music producer .
A R Rahman’s real name is A. S. Dileep Kumar on 6 January 1967
He works mostly in Tamil and Hindi movies.

A R Rahman initially composed scores for documentaries and jingles for advertisements and Indian television channels. In 1987 Rahman, then still known as Dileep, composed jingles for a line of watches introduced by Allwyn.
He also arranged the jingles for some advertisements that went on to become very popular, including the popular jingle for Titan Watches, in which he used the theme from Mozart’s, cinthol soap( aravindswami starring), MRF tyres, boost( kapildev ad) ,South indian bank, craze biscuits which are all by A R rehman before Roja
He works mostly in Tamil and Hindi movies.
A R Rahman also know him with his famous nicknames “Isai Puyal” (the musical storm) and “Mozart of Madras”
A R Rahman Started working in Hollywood movies since 2008, His Hollywood movies include Couples Retreat (2009), Slumdog Millionaire (2008)
For Slumdog Millionaire (2008), He received 2 Oscar awards.

99 Songs is a upcoming movie which is musical romantic film co-written and produced by A. R. Rahman, This is A R Rahman’s First Movie as Producer and writer. Apart from composing the original score and songs.
Dolby Atmos technology is used for composing song from the 99 Songs movies 99 Songs is first Indian soundtrack album to use Dolby Atmos technology and A R Rahman became the first Indian artist to create music album of the film in this technology. 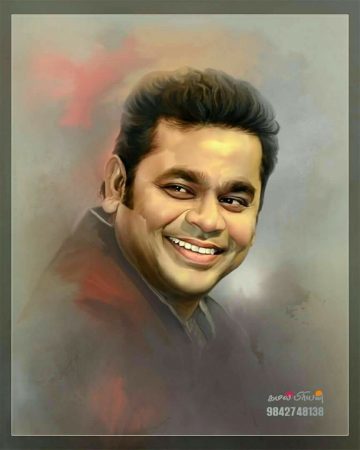