Shah Rukh Khan is a famous Indian actor. His fans call him lovingly with the nicknames like SRK, King Khan, King of Romance, and Baadshah. Apart from being an actor, he is also a talented producer and entrepreneur. 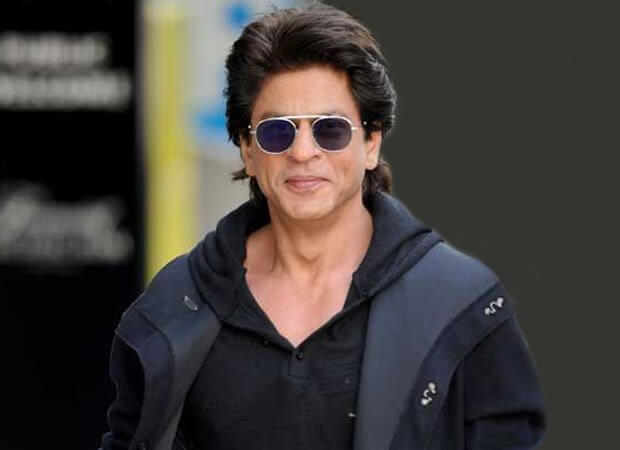 Shah Rukh Khan Born 2 November 1965, also known by the initialism SRK, is an Indian actor, film producer, and television personality. Referred to in the media as the “Badshah of Bollywood”, “King of Bollywood” and “King Khan”, he has appeared in more than 80 Bollywood films, and earned numerous accolades, including 14 Filmfare Awards. The Government of India has awarded him the Padma Shri, and the Government of France has awarded him the Ordre des Arts et des Lettres and the Legion of Honour. Khan has a significant following in Asia and the Indian diaspora worldwide. In terms of audience size and income, he has been described as one of the most successful film stars in the world.

Shahrukh Khan was born on 2 November 1965 (age 53 years; as in 2018) in New Delhi. When he was born, he was named Abdul Rehman by his maternal grandmother, but his father changed it to Shah Rukh. He did his schooling at the St. Columba’s School in Delhi, where he used to play cricket as a wicket-keeper.

He completed his Bachelor’s degree in Economics from the Hansraj College, University of Delhi. He is also a post graduate in Mass Communications (Filmmaking) from the Jamia Millia Islamia University in New Delhi. He had been a talented student during his school days and even received the award ‘Sword of Honor’ in his school.

Shahrukh hails from an Islamic middle-class Indian family in New Delhi. His father Late Taj Mohammad Khan was a businessman and had a transport company, and his mother Late Lateef Fatima was a magistrate as well as the social worker. His parents had a love marriage, and their love story began in a hospital when his father donated his blood to his mother who was injured. He has one elder sister named Shahnaz Lalarukh. They used to live in a rental apartment in Delhi.

On 25 October 1991, he was married to his college girlfriend Gauri Chibber who is now an Indian film producer and an interior designer. He has two sons- Aryan Khan, AbRam Khan and one daughter- Suhana Khan.

Then, he appeared in several TV serials like ‘Umeed,’ ‘Wagle Ki Duniya,’ and ‘Mahan Karz.’ He also worked in an English language telefilm ‘In Which Annie Gives It Those Ones.’ His debut in the Indian film Industry was with the movie ‘Deewana’ in 1992 and, then, signed the movies like ‘Chamatkar,’ ‘Raju Ban Gaya Gentleman,’ ‘Maya Memsaab,’ ‘King Uncle,’ ‘Baazigar,’ ‘Darr,’ and also a cameo in ‘Pehla Nasha.’

In 1994, he worked in the film- ‘Kabhi Haan Kabhi Naa’ on a salary of ₹25,000 only and even sold the movie tickets at the booking window of a Mumbai’s theatre. In 1995, his film “Dilwale Dulhaniya Le Jayenge” proved a blockbuster in theatres all over the country.

In 2001, he had to pay a fine of ₹12,627 on the allegation of not paying the license fee, and illegal use of a plot of land, which was consigned to his mother on an annual license fee.
In 2008, Shahrukh and Indian film actor Salman Khan had an argumentation and fight at Katrina Kaif’s birthday party.
In 2012, he again became a controversial figure by slapping Shirish Kunder (Farah Khan’s husband) in a party.
He was criticized for mistreating a security guard during an IPL match at Wankhede stadium in Mumbai and was also barred to enter the stadium.

In 2016, he had to face the allegations of the officials of flouting heritage rules for building a ramp outside his bungalow, which was later demolished by the BMC officials.

The Net Worth of Shah Rukh Khan $ 600 millions and takes about INR 45 crore/film.

UNESCO’s Pyramide con Marni award in 2011 for his support in children’s education
World Economic Forum’s Crystal Award in 2018 for his leadership in championing women’s and children rights
Honorary Doctorate from University of Edinburgh, Scotland

Padma Shri by Government of India

Khan began his career with appearances in several television series in the late 1980s. He made his Bollywood debut in 1992 with Deewana. Early in his career, Khan was recognised for portraying villainous roles in the films Baazigar (1993), Darr (1993), and Anjaam (1994). He then rose to prominence after starring in a series of romantic films, including Dilwale Dulhania Le Jayenge (1995), Dil To Pagal Hai (1997), Kuch Kuch Hota Hai (1998), Mohabbatein (2000) and Kabhi Khushi Kabhie Gham… (2001). Khan went on to earn critical acclaim for his portrayal of an alcoholic in Devdas (2002), a NASA scientist in Swades (2004), a hockey coach in Chak De! India (2007) and a man with Asperger syndrome in My Name Is Khan (2010). His highest-grossing films include the comedies Chennai Express (2013), Happy New Year (2014), Dilwale (2015), and the crime film Raees (2017). Many of his films display themes of Indian national identity and connections with diaspora communities, or gender, racial, social and religious differences and grievances.

As of 2015, Khan is co-chairman of the motion picture production company Red Chillies Entertainment and its subsidiaries, and is the co-owner of the Indian Premier League cricket team Kolkata Knight Riders and the Caribbean Premier League team Trinbago Knight Riders. He is a frequent television presenter and stage show performer. The media often label him as “Brand SRK” because of his many endorsement and entrepreneurship ventures. Khan’s philanthropic endeavours have provided health care and disaster relief, and he was honoured with UNESCO’s Pyramide con Marni award in 2011 for his support of children’s education and the World Economic Forum’s Crystal Award in 2018 for his leadership in championing women’s and children’s rights in India. He regularly features in listings of the most influential people in Indian culture, and in 2008, Newsweek named him one of their fifty most powerful people in the world. 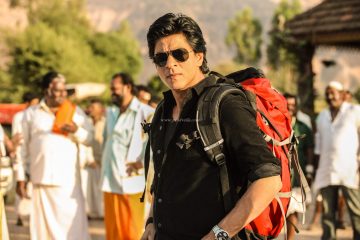