Shakuntala Devi is an upcoming Indian biographical film directed and written by Anu Menon and produced by Sony Pictures Networks India and Vikram Malhotra under his banner Abundantia Entertainment.

The film stars Vidya Balan as Shakuntala Devi, who was also known as the “human computer” along with Jisshu Sengupta, Sanya Malhotra and Amit Sadh.

The film was scheduled to be theatrically released in India on 8 May 2020.
Due to the COVID-19 pandemic, the film will not be released theatrically and will stream worldwide on 31 July 2020 on Prime Video. 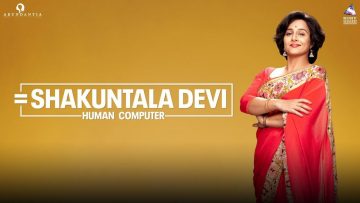