If there is a rapper in India who has maintained a balance between his lyrical content and the commerciality of his music, it is Raftaar. At this point, he doesn’t even need an introduction. Unless you’re not living under a rock for the past five years, you would have heard his name being associated with Indian hip-hop. First tasting mainstream success with his 2014 single Swag Mera Desi, Raftaar has only gotten better with time, both in terms of his lyricism and his scale as an artist. He has released his much-awaited album Mr Nair, two years after his 2018 project Zero to Infinity.

The album cover features Raftaar in traditional Malayali attire, with a white mundu and angavastram over a golden shirt. Covered in bling, he blends hip-hop tropes with a traditional South Indian aesthetic. Looking at the album title and cover, you would guess that the music would also be indicative of his Malayali roots, and he would explore some personal themes. Even the handwritten font on the album name hints that it would be a very personal album in terms of the sound and feel of it. But one look at the tracklist and featured artists would indicate otherwise. The album features verses from Kalamkaar artists and frequent collaborators.

The album opens with the track Me And My Pen featuring Shah Rule. Shah Rule has had a history of power-packed hooks on songs like Wallah. He doesn’t disappoint here as well. His hook is an ode to Dilin Nair (Raftaar’s real name) and his pen game. Raftaar appreciates his fans and flexes about his financial independence, something that he has been talking about ever since he made it big.

The Krishna assisted track Damn has Raftaar trying his hand at Auto-Crooning over trap production. The strings in the beat complement the banging drums. Raftaar’s lyrics are genuine and explored various themes. KR$NA on the other hand, can not seem to get more than a few basic punchlines across. The beat saves it from going all over the place.

Sick is brag rap at its cringiest. Raftaar ditches his intricate flows and rhyme schemes for a more simplistic, monotonous rhyming pattern. This wouldn’t have been a problem if the verses would have been a bit more engaging. With punchlines about breadsticks and cheeze dip, it is pretty clear who is the target audience of this track. But credit where it’s due, Yunan’s 8-bar verse tries to redeem the song.

The next few songs sound as if they are there only to satisfy his pop fanbase. Drama follows the now-overused style of afrobeat rap with a repetitive hook. Raftaar has mastered the art of making a pop track, keeping his lyricism intact. Unlike the previous track, where lyrics took the backseat, this one makes a bit more sense in the context of the song. The song is a definite hit and should have a music video and a Tik Tok challenge coming soon. Yunan shines on the next track Beshaq, singing all over the vintage pads and organs. Combined with electronic trap drums and his smooth melodies, this one is a late-night jam for sure. Special props for the falsetto notes in the end.

Feeling You has Deep Kalsi and Raftaar exchanging verses on an RnB beat. Deep Kalsi’s verse is very honestly written. His lyrics, combined with the vocal effects used on his voice hit the listener straight. But after this is when the album starts to lose a little pace.

Haan, featuring Harjas and Rashmeet Kaur is a generic club anthem, which has stellar verses from Harjas and Raftaar. Rashmeet Kaur’s hook takes a while to settle in, but it grows on you. Move, is as pop as this album gets. With a smooth brass section on the production, and Raftaar singing his verses, it’s a sure hit. Thematically, it borrows from Raftaar’s previous hit Baby Marvake Maanegi, where he’s talking about a woman in the club, while bigging her up. The production on that one was much darker and rooted in the dancehall riddims. Here, it’s a mix of different genres.

After a somewhat skippable Punjabi pop number Bottal Wargi, we get to the part which the hip-hop heads were waiting for. Raftaar linked up with Bangalore’s very own Brodha V for Naachne Ka Shaunq. What I really liked was that they made a “dance song” to tell listeners that all they listen to are dance songs. It is pretty introspective and makes you think about the current music scene. Brodha V rapping in Hindi is a breath of fresh air for his fans.

On Popular, which is probably the best track on this album, Dilin opens up about the ghosts of being Raftaar. This is the most vulnerable any mainstream rapper has been on a major release. With lines like, “Ghar pe baithe waqt kaatu, itni bhi na age”, we get a sense of what a celebrity of his status would go through. While this thought isn’t a new one, the way he chooses to address it lets you know what a mature writer he is. The beat also complements the uncomfortable zone he goes into. Anyone who wants an honest expression of lyricism should listen to this.

Proud opens up with a calming brass sample, which drops into a gritty, Lex Luger type trap beat as Raftaar raps about being proud of his journey. It’s songs like these that cement him as one of the best lyricists in the country. It’s a genuine motivation when your favorite rapper talks about living the dream. He gives real game when he talks about standing up for your own money and splitting the meal with your team. These are lessons that need to be taught to young artists coming up. Instead of India’s biggest rapper talking down to his fans, this song feels like a big brother talking to his younger one. He closes the song and the album talking about his next big venture, Kalamkaar.

Just like Raftaar as an artist, the album tried to be a 50-50 mix of honest lyricism and commercial hits. But unlike Raftaar as an artist, this balance couldn’t be very well established. For major chunks of the album, it stayed in the commercial zone, with his lyrics taking a backseat. The hip-hop tracks were on point no doubt, but there needed to be more of them. Especially songs like Popular and Proud. 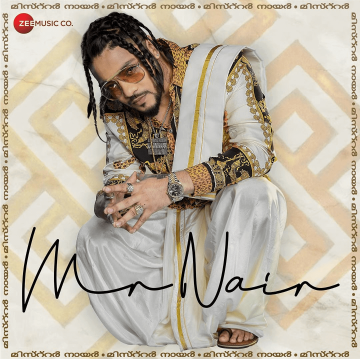