Haan Maine Bhi Pyaar Kiya is a 2002 Indian romantic drama film directed by Dharmesh Darshan. The film stars Abhishek Bachchan and Karisma Kapoor, with Akshay Kumar. The music of the film was composed by the duo Nadeem-Shravan.

The plot begins with Shiv (Abhishek Bachchan) and Pooja (Karisma Kapoor) who are looking for a job. They happen to be interviewed the same day in the same company and both are equally qualified for the job. At the interview venue, when Pooja sees that it will be difficult for her to get the job, she fools Shiv and gets the job. But later on, when Shiv too gets a job in that company, he comes to know that Pooja fooled him. After a lot of pranks and fun they fall in love and happily marry, but sometimes they get into the pettiest arguments coming from the way they approach life. Shiv takes each day as it comes whilst Pooja’s imagination sometimes gets the best of her. Pooja gives up her career for him and settles down as a housewife.

She happily works as his secretary and Raj falls in love with Pooja and she also likes him. One day they go for a shooting in Naini Hills and Pooja finds that Shiv happens to be the manager of the hotel where they stay. Pooja tells Shiv that she still cannot forgive Shiv for what happened in the past. Raj asks Shiv to be the best man at his wedding. So Shiv decides that he will not interfere in Pooja’s life anymore. But on the day of the wedding, Pooja realizes that she is still in love with Shiv and should have forgiven him. Raj overhears this and decides to reunite Pooja and Shiv. They both get married again and soon become parents to a baby girl. 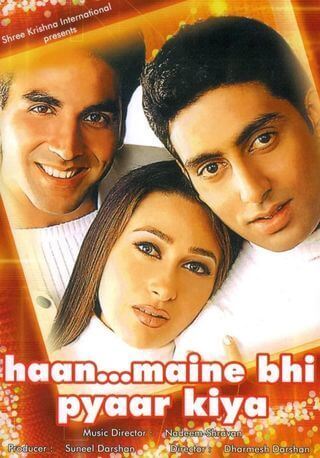