Dabangg 3 is an upcoming 2019 Indian Hindi-language action comedy film directed by Prabhu Deva, and produced by Salman Khan and Arbaaz Khan under their respective banners of Salman Khan Films and Arbaaz Khan Productions. The film is a sequel to the 2012 film Dabangg 2 and the third installment of Dabangg film series. 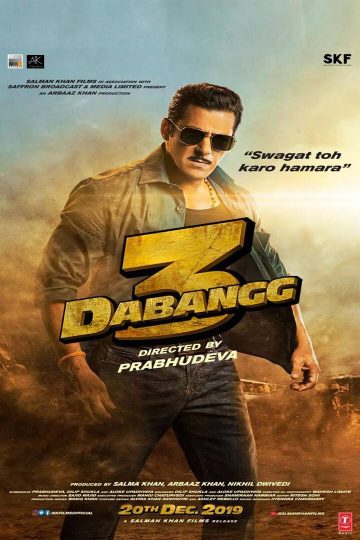