Betaab is a 1983 Indian romance film written by Javed Akhtar, directed by Rahul Rawail and produced by Bikram Sing Dahal. The film stars Sunny Deol and Amrita Singh in their debut roles. The music was composed by Rahul Dev Burman. The film went on to be one of the biggest hits of the year. The film was remade in Telugu as Samrat in 1987, with Ramesh Babu and Sonam, and in Kannada as Karthik in 2011. 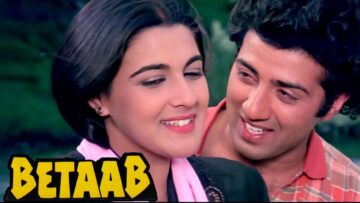