Suresh Ishwar Wadkar (Marathi: सुरेश वाडकर; born 7 August 1955) is an Indian playback singer. He performs in both Hindi and Marathi films. He has sung songs in some Bhojpuri films, Odia albums and bhajans and in Konkani films.

n 1968, when Suresh Wadkar was 13, Jialal Vasant encouraged him to work towards the “Prabhakar” certificate offered by the Prayag Sangit Samiti, because it was equivalent to a BEd and qualifies the awardee to teach professionally. Wadkar successfully completed his “Prabhakar” and joined Arya Vidya Mandir in Mumbai as a music teacher.

He has a music school in Mumbai, India (www.ajivasan.com) and New Jersey/New York City (www.sureshwadkarmusic.com) where methodical training is given to students. He has also started an online music school, called SWAMA (Suresh Wadkar Ajivasan Music Academy), under Ace Open University.

Awards
In 1976, Wadkar won the Madan Mohan Best Male Singer Award at the Sur-Singar competition. He is also a recipient of the 2004 Lata Mangeshkar Puraskar instituted by Madhya Pradesh government. He also won the 2007 Maharashtra Pride Award which is given by the government of Maharashtra to citizens of note. In 2011, he won the National Film Award for Best Male Playback Singer for the song “Hey Bhaskara Kshitijavari Ya” from the Marathi film Mee Sindhutai Sapkal. He got awarded by Late Sadashiv Amarapurkar Award 2017 by Ahmednagar’s Think Global Foundation. He, along with KK, holds the record for most number of Filmfare Nominations for Best Singer without winning even one 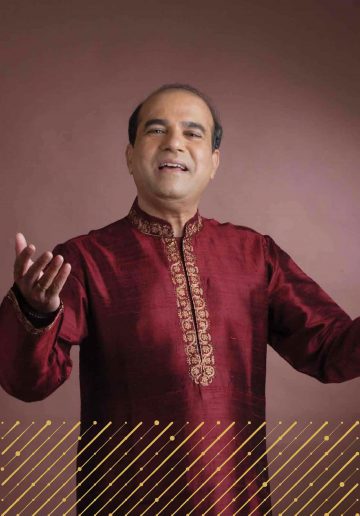