Sachet and Parampara were born in Lucknow, Delhi in 1989 and 1992. After becoming finalist of India’s first season of reality show The Voice India [5][6] in 2015, Sachet and Parampara, the bollywood composing/producing and performing music duo was formed in year 2016. Sachet and Parampara complete his education from Lucknow University and Lady Shri Ram College For Women in Delhi. 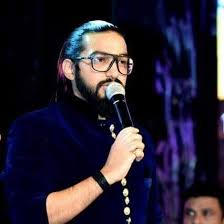 10. Kandhe Ka Wo Til Lyrics In Hindi – Sachet Tandon