Mellow D is a rapper, singer and lyricist. He was one of the top 10 contestants on Star Plus’s “Dil Hai Hindustani”. He has also performed alongside Badshah at Star Screen Awards 2016. Mellow D, apart from his solo acts, also performs as a supporting act to Meet Bros and Arjun Kanungo. He recently did rap in Garry Sandhu’s Hauli Hauli adapted in Bollywood movie ‘De De Pyar De’. He is the lyricist of the remake version of ‘Morni Banke’ which was featured in the movie ‘Badhaai Ho’, Coca Cola and Laal Bindi. Apart from this, he is known for powerful live performances and for the energy that he brings on stage.

Mellow D is an Indian film Lyricst, who has worked predominantly in Bollywood. Mellow’s previous film to hit the theatres was Bala in the year 2019.

Mellow D is one of the most talented upcoming rappers of today and has proved his mettle on the commercial stage multiple times. Starting at an early age of 15, he was always clear about what he wanted to pursue and has struggled really hard to reach where he’s at.

This show has been his claim to fame moment and performing at Dil Hai in front of judges like Badshah, Karan Johar, Shekhar Ravjiani & Shalmali Kholgade, he didn’t only win accolades from such renowned names in the industry, but also garnered millions of fans who follow him ardently. Also present during his performances on the reality show were Shahrukh Khan and Akshay Kumar respectively. 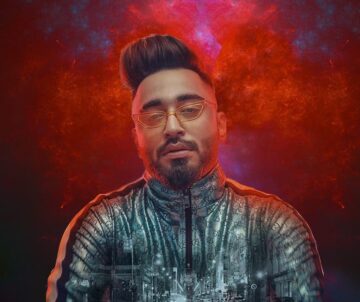