The young, creative and talented fashion designer, Khushali Kumar is a name synonymous with high-end fashion standing for novelty and beauty.

An artist Khushali graduated from NIFT Delhi to start her own label ‘Reve by Khushali Kumar’ in 2005. Over the time her label gained recognition for its exquisite designs which are practical yet creative and appealing. Her talent and creativity have always been appreciated by the industry veterans.

In 2008 Khushali showcased at the prestigious COTERIE New York, exhibited at London Fashion Week & Pret-a-Porter Paris. Her label, Reve by Khushali Kumar features regularly in magazines like Harpers, Elle and Cosmopolitan and has been dressing many celebrities.

Reve is Khushali’s luxury brand and label, which over the years has kept design and execution at foremost superior standards. Sensitivity to design and eye for detail led Khushali to set her ground in the fashion fraternity. Catering to women with individuality and leadership qualities, a force she believes every woman has a leader in herself with a power to change and everyone to follow, the label is young and entertaining with comfort, innovation and balance.

Khushali, after successfully running her label and having worked with various international labels, has put her global understanding, workmanship and mindset to take her label to new heights. Change is in the air for the women of today, the horizons are expanding and so is the design acceptability promoting her to experiment and merge traditions with modern taste.

The label currently retails from over 75 stores – 50 being in the USA and others being in Paris, London and Middle East Asia. After establishing her stand in International markets, she has also been opportune enough to make her debut at the Lakme Fashion Week 2012.

As the much-admired choice for both Bollywood and Hollywood celebrities, Khushali’s conceptualized eveningwear has been seen on leading Bollywood diva’s like Sonam Kapoor, Kareena Kapoor, Anushka Sharma, Katrina Kaif, Jacqueline Fernandes to name a few.

Khushali firmly believes that every woman has a leader within herself with the power to change and everyone to follow. Apart from having a passion for fashion, Khushali is also an ardent photographer and an artist.

It is a marvellous song produced by Bhushan Kumar in the melodious voice of Tulsi Kumar starring Khushali Kumar. The song is just fantastic and is getting positive user response from all over the world. The song lyrics are truly speechless and needs hats off to the writer of this song for such a brilliant composition. The track, which first appeared in the 1991 film Dil Hai Ke Manta Nahin. It took Khushali four months to create the right look for the video that depicts the many shades of love. For her, the challenge was too perfect her moves on camera and she worked hard to get it right.

Khushali Kumar was born on 04 March 1986 to a Kannada speaking family in Udupi, Karnataka. As of 2020, Khushali Kumar’s age is 34 years. She is the daughter of T-Series founder Late Gulshan Kumar and Sudesh Kumari. She has one brother Bhushan Kumar and one sister Tulsi Kumar. She did her schooling at G.D. Goenka Public School, Delhi and Arya Vidya Mandir, Mumbai. Later, she joined National Institute of Fashion Technology (NIFT), New Delhi for further studies where she graduated in Fashion Designing degree.

She is a fashion designer by profession and is the owner of ‘Reve’ fashion store in New Delhi, which was launched in 2005. In April 2017, she featured in the pop song “Mera Highway” by her sister Tulsi Kumar and Raftaar. She will be making her big-screen debut with Dahi Cheeni Hindi movie alongside R. Madhavan which directed by Ashwin Neal Mani. 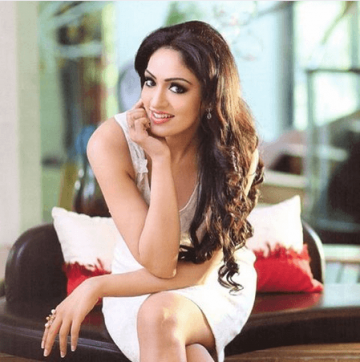