Pratik Bachan, best known by his stage name B Praak, is an Indian singer and music composer associated with the Punjabi Music industry. He started his career as a music producer, and later debuted as a singer with the song Mann Bharrya. He is a frequent collaborator of lyricist Jaani, and has since entered into Bollywood in 2019 with two songs as singer in the films Kesari and Good Newwz starring Akshay Kumar, and as a guest composer in the satire Bala.

Praak was born as Pratik Bachan in Chandigarh. His father, Varinder Bachan, is a well known Punjabi music producer and composer. He is known to frequently collaborate with lyricist Jaani. Their song Filhall has been viewed over 750 million times on YouTube. He later debuted in 2018 as a singer with the single Mann Bharrya, and has frequently worked with Jassi Gill and Harrdy Sandhu, between whom the latter was his first collaborator as a singer.

Praak later made his Bollywood debut, first as a singer with the song Teri Mitti from the Hindi film Kesari starring Akshay Kumar and Parineeti Chopra, written by Manoj Muntashir and composed by Arko Pravo Mukherjee, and months later as a composer with a recreation of his hit song Naah, titled Naah Goriye, which was featured on the soundtrack of Ayushmann Khurrana starrer Bala. During this time, he also shot a promotional video with Kumar for his second song as a singer, Ali Ali, which was featured on the soundtrack of Sunny Deol and Karan Kapadia starrer Blank, while next crooning a remake of the popular song O Saaki Saaki for Batla House, written and composed by Tanishk Bagchi, where he sang alongside Neha Kakkar and Tulsi Kumar, in his first multi-singer song. He next reunited with Kumar for the comedy-drama film Good Newwz, crooning the song Maana Dil, composed by Bagchi and written by Rashmi Virag. Additionally, he recorded a reprise version of the song Dilbara from the 2019 remake of the popular film Pati Patni Aur Woh, which was composed by Sachet-Parampara and written by Navi Ferozpurwala, and again in his first duet with Sunidhi Chauhan for the song Bharat Salaam, which was written and composed by Mithoon, and featured on the soundtrack of Hotel Mumbai.

Starting his career as a music composer and music director in 2008, he gained recognition from the Punjabi Song “Soch” sung by Harrdy Sandhu in 2013. The song was highly appreciated by the music fraternity and eventually, earned him the PTC Best Music Director Award in 2015. Eventually, his collaboration with the Punjabi lyricist Jaani gave Punjabi industry super hit songs like “Do you know” by Diljit Dosanjh, “Horn Blow” and “Backbone” by Harrdy Sandhu, “Oscar” by Gippy Grewal and Badshah, “Ikk Vaari Hor Soch Lae” by Harish Verma. His composition ‘Soch’ was awarded the Most Romantic Balled of the Year in the year 2017.

His hobbies include dancing, swimming, and cooking, gyming. B Praak has a huge obsession for watches. He never leaves his home without a wristwatch. B Praak has an obsession for watches and never leaves the house without a wristwatch. Praak has inked “B lyk Praak” on his arms. He has also tattooed a mike on his right arm and some
musical tattoos on his chest. Bachchan has this craze of shades. He buys a shade from wherever he travels and has a collection of about 25 shades which are really expensive.

Some Lesser Known Facts about B Praaak

He always had a interest in music and while in school, he made music through his mouth. His father then asked him to learn to make music on the computer because the technology just came back then. Then his father sent him to a studio to make him learn music making on the computer using the software. But all he did there was to sit, watch and come back home. He went to another studio to learn to make music but the owner of the studio asked the recordist to not to teach anyone the software despite knowing his father very well. And finally, then he went to another studio named Saraswati Studio and learned about the software and making music. Slowly, he was able to make a remix. B Praak just got Rs. 30 for a day from his family, out of which he used Rs. 20 for traveling and Rs. 10 for food, this continued for 2 years. In 2013, when B Praak, Jaani, and Harrdy Sandhu collaborated from the song “Soch” and they then decided to change B Praak’s name from Preky to B Praak. The struggle ended with the success of the song “Soch” and since then, there is no looking back for B Praak. 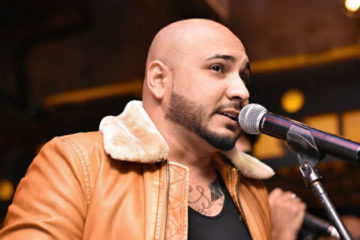