Asees Kaur (born 26 September 1988) is an Indian singer who has participated in various singing reality shows like Indian Idol and Awaz Punjab Di. Asees aspired to become a playback singer at a very young age. She is known for her versatile singing and powerful voice. She started singing Gurbani at the age of 5. She made her Bollywood debut with “Dildara Reprise” from Tamanchey. Since then, she has worked with various music composers on several Bollywood songs including “Ve Maahi” from Kesari, “Makhna” from Drive, “Bandeya Re Bandeya” & “Tere Bin” from Simmba, “Akh Lad Jave” and “Chogada” from Loveyatri and “Bolna” from Kapoor & Sons.

Asees hails from Panipat, Haryana. Born on 26 September 1988, Asees started singing at a tender age of 5. It was Asees’s father who pushed her for singing Gurbani. She learnt the Gurbani by herself and won accolades at the first attempt itself. She is an alumnus of Bal Vikas School, Model Town, Panipat, Haryana. She completed her M.Com. from S D (PG) College Panipat.

As she grew up, she decided to take up singing professionally. She trained under Ustad Puran Shahkoti from Jalandhar. Her version of the Gurbani released in India and she garnered tremendous appreciation for the same. She started singing Gurbani at various events. Her siblings were also actively involved in the Gurbani recitation. Asees participated in a Punjabi reality show, Awaz Punjab Di, following which she came to Bombay and met various music composers. 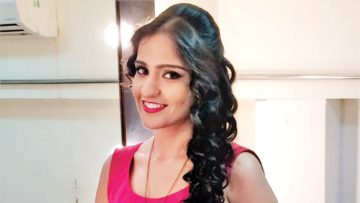