Anuradha Paudwal is an Indian playback singer who works in Bollywood and the Marathi cinema.
She was awarded the Padma Shri, India’s fourth-highest civilian award, by the Government of India in 2017. She is a recipient of the National Film Award and a four-time winner of the Filmfare Award. Although primarily a filmi singer, she has also sung several bhajans. Her maternal name is Alka Nadkarni . Especially she is a Marathi and Hindi film singer. She has also sung in films including Tamil, Odia, Nepali and Kannada etc. She made her debut in the field of singing from a Sanskrit verse in the Hindi film of the year 1949 named Ahiman. Herart came to the audience for the first time through a Marathi film, Yashoda, released in the same year. Since then, she has been singing for about four decades through the soundtrack of movie songs, lyrics and hymns. Anuradha Poudwal uses the money earned from the song to help the families of soldiers who died in the war, to provide electricity to poor families and to solve the problem of malnutrition. The Indo-British All Party Parliamentary Group in England boasted Anuradha Paudwal, her music career and social work in the Parliament of England. 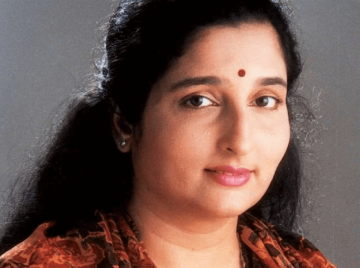