Amit Trivedi (born 8 April 1979) is an Indian film score composer, singer and a lyricist. As a contemporary music director, he is well known for his versatility. Amit’s work ranges from angry rock, authentic classical, honey-soaked melodies to novel fusion music. After working as a theatre and jingle composer and composing for non-film albums, he debuted as a film composer in the 2008 Hindi film Aamir, and was noticed for his critically acclaimed work in the Hindi film Dev.D (2009), which earned him several awards, including the 2010 National Film Award for Best Music Direction.

In his younger days, an electronic musical instrument fascinated Trivedi and he was slowly drawn towards music, mainly influenced by classical music. At 19–20, he began composing music. In college days, he joined the band Om, who performed at local gigs, small shows and live performances. They struck gold when Times Music took notice at one of their shows, and offered to launch their album. The album however did not fare well, due to lack of promotion. Eventually Trivedi went on to compose for theatre (Hindi, English and Gujarati plays), background music for television shows, programming for some Marathi films, live performances, dandiya shows, orchestras etc. He also had a brief stint composing advertisement jingles, for brands such as McDonald’s and Airtel. After sound engineer and Audio Garage Recording Studio owner Arvind Vishwakarma introduced Trivedi to Sony BMG, he began composing music for non-film albums. As a part of his two-year contract, Trivedi composed some tracks for Abhijeet Sawant’s Junoon and one song in Prashant Tamang’s debut album. He arranged for many musicians including Amartya Rahut for a Marathi film Uttarayan in 2004.

Film music eventually came his way, when friend and playback singer Shilpa Rao suggested his name to film director Anurag Kashyap. The latter was in search of a new composer with a distinct vision for his next film. After meeting Trivedi, Kashyap offered him the chance to compose the soundtrack to Dev.D. Although it was scheduled to be his debut, Dev.D ran into production delays and was shelved for some time.

Upon Kashyap’s recommendation, Trivedi was roped in to score Raj Kumar Gupta’s directorial venture Aamir. Trivedi and Gupta worked on making the soundtrack fuse with the film narrative, resulting in an effort that garnered critical recognition.

By the end of 2008, Dev.D was finally released. The soundtrack, released in December, consisted of 18 tracks of different genres. Trivedi dubbed the soundtrack the “baap (father) of different genres”. He sang five songs on the soundtrack, and wrote the lyrics for one (“Aankh Micholi”). He shot to fame with the unusual music of Dev.D, giving many chart-busters like “Emosanal Attyachar”, “Saali Khushi”, “O Pardesi” and many more. He was conferred with both the R. D. Burman Award and the Best Background Score at the Filmfare Awards 2010, before receiving the National Film Award for Best Music Direction, the highest recognition for Indian composers. Trivedi wrote the score for the 2009 Hindi Film, Wake Up Sid and one of his compositions “Iktaara” was also included in the soundtrack. In 2009 itself, Trivedi was roped in by Anshu Sharma to compose the team anthem “Game for More” for Royal Challengers Bangalore, a team owned by liquor baron Vijay Mallya. Between scoring for films, Trivedi also wrote the title track for the reality show Big Switch aired on UTV Bindaas. Recently, he won the best song award for “Naina Da Kya Kasoor” in News18 Reel Movie Awards from the film Andhadhun. Apart from Naina Da Kya Kasoor, he also sang “Laila Laila for the film.

In 2019, Power Brands honored him with “Best Music Director of the Year” at BFJA (Bollywood Film Journalist’s Awards) for the film “Andhadhun”

He has made TV appearances for various shows aired on MTV. Also, he composed title track for the television show Aaj Ki Raat Hai Zindagi, hosted by Amitabh Bachchan. 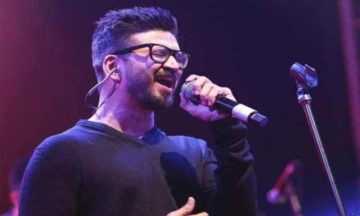