Ali Sethi Born July 2, 1984 is a Pakistani writer and musician. Sethi was globally recognized for his debut novel, The Wish Maker, published in 2009. In 2013, he began focusing on his music career and made his film debut as a singer in The Reluctant Fundamentalist (2013). Later, he released numerous cover singles, and appeared on several seasons of the series Coke Studio. Sethi began releasing original music in 2019, and collaborated with producer Noah Georgeson.

Ali Sethi was born on July 2, 1984, in Lahore, Pakistan. He is the son of award-winning journalists Najam Sethi and Jugnu Mohsin, and the brother of actor and author Mira Sethi. Sethi grew up in Lahore, where he attended the International School of Choueifat and Aitchison College.

In May 1999, police broke into his family home and arrested his father Najam Sethi for making a “treasonous speech” in India. 15-year-old Ali Sethi campaigned with his mother for his father’s release. Najam Sethi was later acquitted by the Supreme Court of Pakistan and awarded Amnesty International’s Journalist of the Year Award.

Ali Sethi attended Harvard College from 2002-2006. At Harvard, he sang every year for the South Asian Association’s show Ghungroo and served on the features board of The Harvard Advocate. He majored in South Asian Studies and took writing courses with Zadie Smith and Amitav Ghosh. 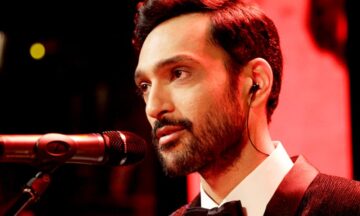