Tubelight is an entertaining family drama set in a small town in the hills of northern India, and tells the story of one man’s love for his family and his unshakeable belief in himself.

After Bajrangi Bhaijaan, Kabir Khan and Salman Khan come together to tell another heartwarming story about the power of doing good. 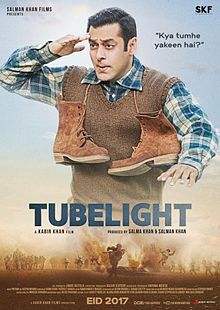