Sonam Kapoor stars as Zoya, a young and successful advertising executive who becomes the good luck charm for India’s cricket team during the World Cup. Based on the book by Anuja Chauhan of the same title. 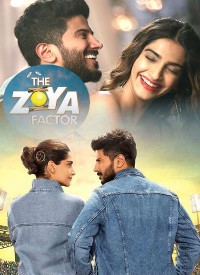