Samadhi is a 1972 Hindi film directed by Prakash Mehra. The film stars Dharmendra in a dual role as father and son, with Asha Parekh and Jaya Bhaduri as the love interests. The music is by R.D. Burman. The memorable songs in the film include “Bangle ke Peeche”, “Jab Tak Rahe” and “Jaane Jana”. The film was remade in Telugu as Nindu Manishi (1978). The film became a success at the box office. 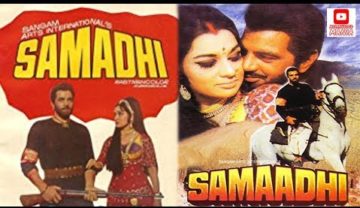