Alia is often bullied by her friends for not having a boyfriend. She hires Sukhwinder to act as her boyfriend but things take a wrong turn when both Sukhwinder and Abhay, her friend, start liking her.

Main Aur Mr. Riight is a romantic Bollywood movie. The film stars Barun Sobti and Shenaz Treasurywala as the lead pair. Main Aur Mr. Riight tells the story of a single girl in search of her Mr. Right. The movie released on 12 December 2014.

A trailer was released in November 2014. The other actors in the movie are Danny Sura, Maia Sethna, Anagha Mane, Varun Khandelwal and Neha Gosai. 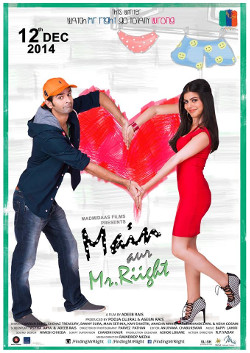