Vidyut Jammwal and Shivaleeka Oberoi-starrer Khuda Haafiz will premiere on Disney+Hotstar on August 14. The trailer of the film was released today. The lead actor took to social media to announce the news. Directed by Faruk Kabir, the film revolves around a man on a mission to find his missing wife.

Khuda Haafiz is set against the backdrop of the 2008 recession and narrates the story of Sameer Choudhary, played by Vidyut Jammwal, who is on a search of his missing wife, Nargis (Shivaleeka Oberoi), in a foreign land. As there is a shortage of work, Nargis moves to Noman (a fictitious country in the Gulf) as she gets a good-paying job there. But soon, Sameer receives a call from his wife insinuating she is in danger. The protagonist then sets on a task to find his wife, which leads him to the murky world of international human trafficking. 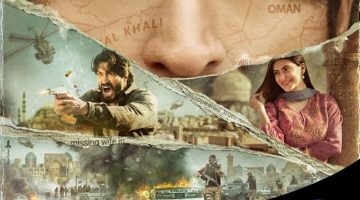