Khaali Peeli is a Bollywood romance-drama, helmed by Maqbool Khan. The movie stars Ishaan Khatter and Ananya Panday in the lead roles. The movie is produced by Zee Studios, Ali Abbas Zafar and Himanshu Mehra.

The principal photography commenced on 11 September 2019, but was put on hold due to the COVID-19 pandemic. The film will be having an OTT release through ZEE5[5] The teaser received negative reviews from the audiences, and its teaser received 1.7 million dislikes on YouTube within a week of upload. The film will premiere on Zee Plex and ZEE5 on 2 October, 2020. 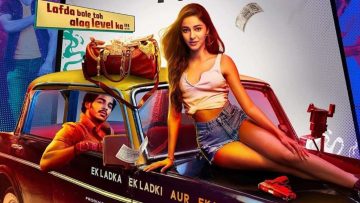