A brilliant yet impulsive young surgeon falls into a path of self-destruction after the love of his life is forced to marry another man.
Kabir Singh is an upcoming Indian Hindi-language drama film written and directed by Sandeep Vanga. It is a remake of his own Telugu film Arjun Reddy (2017). 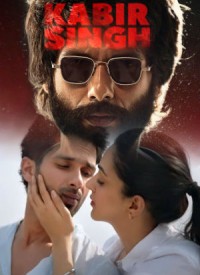