Hum Ho Gaye Aapke is a 2001 Indian Hindi romantic film, directed by Agathiyan and stars Fardeen Khan and Reema Sen in the lead roles. The film is known to be the Bollywood debut of Reema Sen. It was released on 3 August 2001. It is a remake of Tamil movie Gokulathil Seethai (1996). 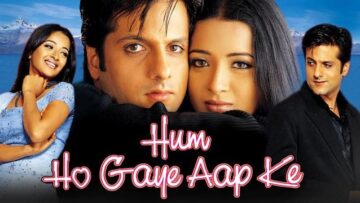