The classical form of Haryana music is closely associated with and based on Indian classical music. The Indian state of Haryana has produced a number of kinds of folk music, and has also produced innovations in Indian classical music. Hindustani classical ragas are used to sing Alha-Khand about bravery of Alha and Udal, Jaimal Fatta of Maharana Udai Singh II of Chittor, Brahmas, Teej festive songs, Phaag songs of Phalgun month of Holi and Holi songs.

Sumit Goswmi is an upcoming singer from Haryana. He made his singing debut through Haryanvi song ‘BAWLI TARED JA JILE JINDGI’ in December 2018. The song became a huge hit and became very popular among yoouths in Haryana. After that, he has released song after song and has thus far released around 10 songs and all of them have been well recieved. His latest tracks Private Jet and Parindey have become a massive hit on YouTube. 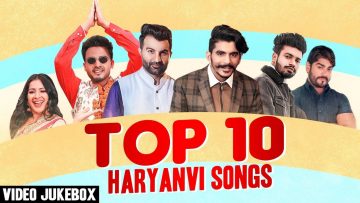