Sumit Goswami was born on 18-11-1996 in Datauli Village, Sonipat in the state of Haryana, India. He is an Indian (Haryanvi) Singer, Songwriter & Musician.

Sumit Goswmi is an upcoming singer from Haryana. He made his singing debut through Haryanvi song ‘BAWLI TARED JA JILE JINDGI’ in December 2018. The song became a huge hit and became very popular among yoouths in Haryana. After that, he has released song after song and has thus far released around 10 songs and all of them have been well recieved. His latest tracks Private Jet and Parindey have become a massive hit on YouTube. 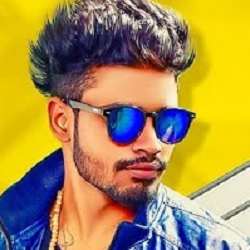