Johar had announced the production of Dhadak in November 2017 which marked the screen debut of Janhvi Kapoor, daughter of Sridevi and Boney Kapoor.
Principal photography and it commenced in December 2017 while it was completed in April 2018. The soundtrack was composed by Ajay-Atul with lyrics written by Amitabh Bhattacharya and background score composed by John Stewart Eduri.
The film was distributed internationally by Zee Studios.

Dhadak, which was originally scheduled to release on 6 July 2018, was postponed and had its worldwide theatrical release on 20 July 2018.

It received negative reviews from film critics for glossing over the subject of caste-based discrimination, which was present in Sairat, and for being a poor remake of the original, although Khatter’s and Kapoor’s performances were praised. Dhadak emerged as a commercial success, grossing over ₹110.11 crore (US$15 million) worldwide.

Madhukar “Madhu” Bhagla (Ishaan Khatter), a young college student hailing from a middle class family, wins a competitive eating contest and receives his prize from Parthavi Singh Rathore (Janhvi Kapoor), a rich girl from a political family who also happens to be studying in the same college as Madhu. His friend Purshottam (Shridhar Watsar) later finds Parthavi bathing in a lake and informs Madhu of the same. Madhu impresses Parthavi, but incurs a minor injury meanwhile. The two begin to have feelings for each other.

Madhu goes back to his family restaurant where his father makes him promise to stay away from Parthavi since she hails from a powerful, affluent upper-caste family. Madhu ignores Parthavi at college, but she later confronts him for ignoring her. The two admit their love for each other and begin meeting secretly. Madhu asks Parthavi for a kiss, but she dares him to come to her brother Roop’s birthday party. They kiss at the party, but are discovered by Parthavi’s father, Ratan Singh Rathore (Ashutosh Rana). Roop and Ratan thrash Madhu and his friends, but later are told by Inspector Shekhawat (Vishwanath Chatterjee) to calm down and wait for the election results before any severe action.

Once the elections are over, Madhu and his friends are arrested on false charges registered by Ratan. Parthavi pleads to Ratan to release Madhu and his friends. In an ensuing scuffle, she manages to get hold of a gun and threatens to shoot herself if Madhu is not freed. Madhu runs up to her and together, they elope. With the police on their trail, Madhu and Parthavi board a train to Mumbai, where Madhu contacts his maternal uncle and the two travel to Nagpur.

Madhu’s uncle advises them to go to Kolkata for the time being. In Kolkata, they rent a small room for living; Madhu starts working in a roadside restaurant after learning Bengali while Parthavi finds work at a call centre. One day, Madhu goes to her office to gift her a new phone bought from his hard-earned money. Madhu sees Parthavi with her manager and thinks that she is cheating on him. Heartbroken, he returns home. After Parthavi returns home, they argue severely; Madhu slaps Parthavi in the heat of the moment. Parthavi begins to doubt why she came with Madhu. Parthavi is briefly missing, but Madhu finds her in her office, and realizes how much he loves her. He asks for her hand in marriage and they marry.

Soon, Parthavi becomes pregnant and they have a son, Aditya “Adi” Bhagla. During the puja for their new house, Parthavi’s brother and his gang arrive with many gifts for her family, hinting at reconciliation. However, Madhu is not convinced and asks Parthavi to stay back, but she brushes it off in excitement. Parthavi leaves her son at home with Madhu and steps out of the house. As she is walking towards her house, Madhu and Aditya are thrown from the balcony abruptly, with her brother overlooking them. 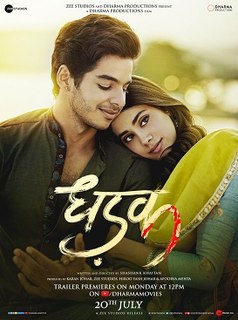