Dev discovers that his wife, Reena, has been cheating on him with Ranjit. To teach them a lesson, he decides to blackmail the cheating duo as part of his revenge. 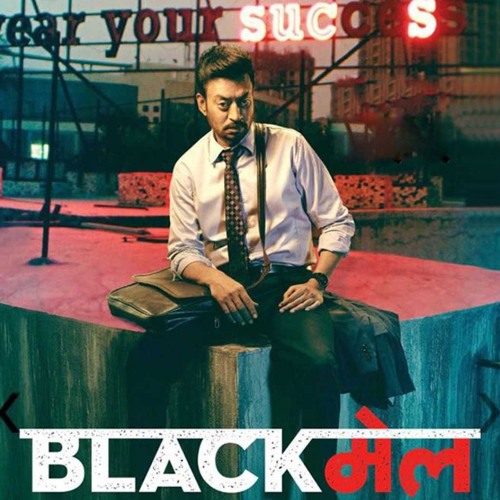 One day, to surprise his wife Reena Kaushal (Kirti Kulhari) he arrives early from office with roses but instead finds his wife in bed with another man named Ranjit “Tommy” Arora (Arunoday Singh). He imagines different scenarios, like killing the lover, then killing the wife, but leaves and decides to blackmail them.

Ranjit is a hen pecked husband married to Dolly Verma (Divya Dutta), who has an influential dad, who Ranjit is scared of. Dev shares a great bond with his Boss DK (Omi Vaidya), he asks him to promote the newly made paper toilet rolls. Calculating all things he has to pay, Dev blackmails Ranjit for a sum of 1 lakh. Ranjit arranges the money from Dolly by making an excuse of starting a business and pays Dev the money. When Dolly’s father asks Ranjit to return the money, he blackmails Reena for 1,20,000. In a drunken state, Dev reveals everything to his colleague Anand (Pradhuman Singh Mall). Reena asks Dev for money, saying that its for her dad’s treatment. Dev gives her the money and in turn asks Ranjit for the money. Reena keeps the money on a dustbin which Ranjit collects and puts the money on a dustbin which Dev then collects.

Anand, who has a crush on Prabha Ghatpandey (Anuja Sathe), a newly appointed colleagu,e gets her on a date and unknowingly reveals everything about Dev’s plans. Next day Prabha blackmails Dev for money. Dev confronts Anand but then asks Ranjit for money, Ranjit in turn asks Reena for money and Reena asks Dev for the money. From the cash received earlier Dev transacts the amount to Reena’s account, while Reena put the money in a dustbin. Ranjit collects it, and throws it in a dustbin which Dev collects and gives to Prabha.

Ranjit gets fed up and hires a detective, Chawla (Gajraj Rao). Prabha blackmails Dev for more money. Dev decides to meet Prabha and they share a heated argument in her apartment. Prabha slips during the argument and falls as an entire shelf falls on her, killing her. Suddenly Prabha’s parents arrive. Dev manages to escape by wearing mask made out of a Paper bag and runs outside wearing only shorts while being chased by nearby residents.

Next morning following Prabha’s death, police arrive and interrogates everyone in the office. Anand knowing that Dev met Prabha last night, blackmails Dev. On interrogation Dev reveals that Anand used to like Prabha. Dev convinces Anand to hide the truth from the police. Using Anand’s car Dev purchases a similar paper bag he used last night to escape and hides it in Anand’s car, following which the police arrest Anand. Anand panics and reveals everything about Dev to the police. Meanwhile, Chawla calls Dev telling him he knows about his ruse while Ranjit manages to get a gun to kill The Blackmailer.

The police then interrogates Dev. Dolly follows Ranjit and sees him together with Reena. Anand comes out of Police custody and tries to beat Dev but Dev manages to calm him down. Dev meets Chawla who asks for money to remain silent. At their home Dolly tries to kill Ranjit, but Ranjit manages to shoot her and hides her body in a Refrigerator. Dev asks Ranjit for money so that he can pay Chawla. In turn Ranjit asks Reena for money and Reena asks Dev for money lying that its for her fathers surgery. Dev calls Reena’s parents and find out that she is lying. He follows Reena, sees her selling her ornaments and puts the cash in the bin at a Mall. Dev goes to take it, but Ranjit comes over there and takes the money. Dev takes pictures of Ranjit taking the money. Ranjit hides the money in the dustbin and waits there to catch the blackmailer. Dev sees Ranjit watching and bribes a security personal to act like he is taking the money. Ranjit follows him as Dev collects the money, and gives it to Chawla and asks for a favour. Chawla calls Ranjit and tells him the blackmailer is Anand. Ranjit kills Anand and Dev sends the pictures of Ranjit to Reena. Meanwhile, Dolly’s parents find out that Ranjit murdered their daughter and lock him up in a bathroom and call the police. 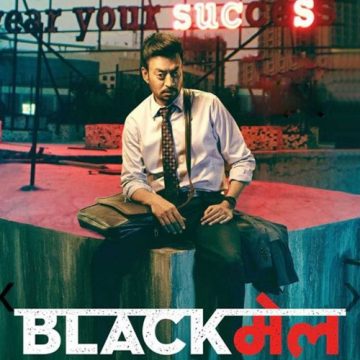