Yash Wadali is an Indian playback singer, who primarily works in Bollywood film industry. He has sung various famous Hindi songs and he is very selective about the songs. He made his debut Hindi song Bullah in the year 2017. He is well-known for singing the songs like Teri Yaad, Sanam Re and much more. Before entering into Bollywood industry, he has sung in various stage shows. He got trained under Sufi singers & Wadali Brothers.

Among the top notch emerging Bollywood singers is Yash Wadali who has a list of great songs under his credit. With a soulful voice, his songs are deep and meaningful. Yash chooses to sing songs that are rich in lyrics and rendition. His most popular songs include Sanam Re and Teri Yaad. He has also song albums with Mika Singh. He is equally good at popular music and Sufi songs. He has You tube videos with him singing the songs.

Yash was born on 2 November 1989 in Jalandhar. Yash took to music early in life. He was trained by the accomplished Sufi singers Wadali brothers. He was a very hard working student in his training period which is depicted in his singing. He got an opportunity to sing on various stage shows and this created a platform for his entering into professional singing in Bollywood. His association with Mika Singh was quite successful. With the veteran singer Yash came up with a couple of good albums that got him recognition. Yash was associated with Mika Singh from 2010 to 2014.

Yash Wadali is a sought after singer now. He is known for her high range voice which echoes in the songs he sings. Presently he has a wide range of songs in Bollywood, Punjabi and Sufi music. 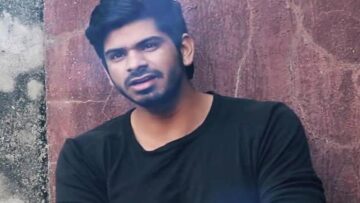