Ben began his music career by singing covers of songs like Bheegi Bheegi Raaton Mein, and Yeh Jo Halka Halka Suroor Hai. He made debut in playback singing with 2017 Hindi web series, Class of 2017 and lent his voice for Kaisi Yeh Yaariaan. In 2015, Ben did his debut single with T-Series Single, Zindagi, which was composed by Vicky-Hardik. He did a cover of Ye Jo Halka Halka Suroor Hai, featuring Niti Taylor, received over 6 million views on YouTube. Also, he has sung a cover version of Selfish from Race 3. In May 2018, he collaborated with actress Sara Khan for his song, Lekin Woh Mera Ishq Hai, where music was given by Vicky-Hardik.

He has done more than 150 shows in 2018, which includes 2 times Africa tour, America tour, and also shows in Dubai and all across India. 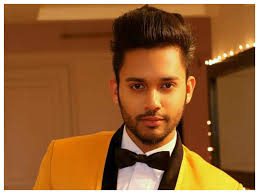