Maan is an Indian Punjabi singer, actor, and model. She has sung many Punjabi songs in the past 3 years. She works for the 62 West Studio channel. Many of her songs have received millions of views. Read on to learn more about Sony Maan.

Born on 13th September, Maan has not revealed her exact date of birth. She was born in Patiala, Punjab. She holds Indian nationality and her zodiac sign is Virgo. Born to a Sikh family, Sony Maan follows Sikhism and she is a Jatt by caste.

Maan started off her career as a singer in 2017. She released her first song “Mera Sardar” on 22nd June 2017. Maan gained recognition after her famous song “Yamle Di Tumbi” which was released on YouTube in 2018. The song received more than a million views. In addition to being a singer, Maan has taken on quite a few modeling projects. Even though her first song was not a major success, her next release “Tainu Kardi Pyar” did quite a good job. Her recent song Devil was trending on YouTube. It crossed 55 million views.

She was sent to the Public College Samana, Patiala for her higher education. She also attended Nancy Polytechnic College in her hometown.
Maan was interested in singing from a very young age. She loved to participate in the music and Gidha competition during her school days.

Maan is one of the gorgeous and cute Punjabi singers. She has black eyes and black hair. Her figure measurements are 32-30-32. Her height is 155 cm and she weighs approx 55 kg. She has a round face and fair skin.

She loves to eat Saag.

Her favorite colors are blue and pink.

She mentioned how she would participate in singing competition in her school and college.

Maan loves to listen to the music of Surinder Kaur.

Her hobby is dancing.

Sony is quite active on social media. She has more than 2 Lakh followers on Instagram. She posts lovely pictures on her social account. Besides, she keeps updating her fans about her next releases. 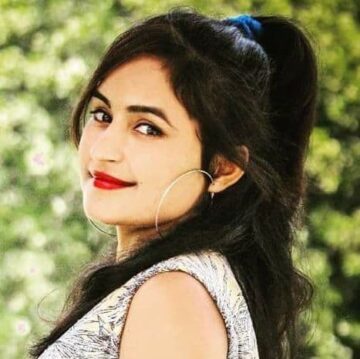