Shubhdeep Singh Sidhu, better known as Sidhu Moose Wala, is an Indian singer, lyricist, rapper and actor associated with Punjabi music and Punjabi cinema. He started his career with writing the lyrics of the song “License” sung by Ninja, and began his singing career on a duet song titled “G Wagon”. His debut album PBX 1 peaked on Billboard Canadian Albums chart. Also, his single was ranked on UK Singles Chart. In 2020, Sidhu was named by The Guardian among the 50 new artists.

Sidhu hails from the village of Moosa in Mansa district of Punjab. He was born in a Sikh family, to father Bhola Singh and mother Charan Kaur. He studied at Guru Nanak Dev Engineering College, Ludhiana and graduated in Electrical Engineering in 2016. He has also performed at DAV College fest. Moose Wala admires and is influenced by rapper Tupac Shakur. He learned music skills from Harvinder Bittu in Ludhiana. 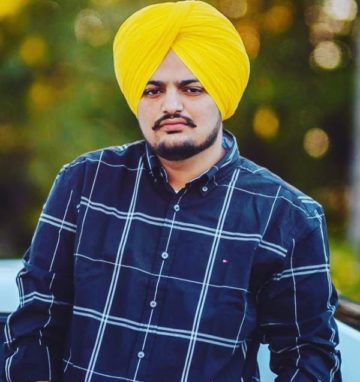 20. Me And My Girlfriend Lyrics