Singer Sarthak Kalyani has sung tracks for AR Rahman’s ‘Cobra’ and ‘Iravin Nizhal’
“This will be the song of the year,” Tamil film lyricist Thamarai announced during the recent audio launch of Vikram starrer Cobra, “Listen to it, and you will never realize it’s sung by a non-Tamil.”
The song she was referring to was the AR Rahman-composed ‘Tharangini’ and the singer, Sarthak Kalyani.

For the vocalist hailing from Indore, who once needed to go with a difficult decision between scholastics and music, this was approved in the midst of probably awesome from the melodic brotherhood. “I’ve been getting extraordinary criticism for my two late Tamil tracks,” says Sarthak, alluding to the Cobra number and the ‘ Kannethire’ melody from Parthiban’s Irvin Nizhal.

Sarthak grew up as a scholastically situated understudy, barely imagining the artists’ life he presently leads. “At the point when I was five, I was murmuring tunes, and my folks selected me in music classes,” he reviews. Which began as a side interest before long turned into enthusiasm. “They proposed that I seek after artistic expressions when I needed to take up scholastics. Isn’t that something contrary to what normally occurs,” he asks, smiling. The rivalries Sarthak joined in, he adds, weren’t tied in with winning. “Everything without a doubt revolved around investigating various styles of music,” says the vocalist, who landed great exhibitions in shows like India’s Got Talent and Indian Idol Junior.

Sarthak’s days at the Indian Institute of Information Technology, Bhopal, in 2017 were “groundbreaking” as he got a ton of time to give to music. “I was generally in a little room; it was just music and me,” reviews Sarthak. There, he would watch YouTube shows — of performers like Ustad Rashid Khan and Mehdi Hassan — aside from superhit melodies from the Seventies. “I’d in some cases pay attention to music six hours in a row. That, and the extraordinary riyaz I did, helped a great deal.”

It certainly did, when he entered the musical reality show ARRived, India’s first YouTube original. His rendition of ‘Krishna Nee Begane’ and ‘Mitwa’ ( Kabhi Alvida Naa Kehna) grabbed the attention of AR Rahman, who gave him a rare standing ovation. “He spoke to me for 15 minutes, asking me about my musical background. It thrilled me,” he says. Soon enough, the Oscar-winning composer called him for a couple of tracks in 99 Songs. A tryst with musicians from various cultures at KM Music Conservatory helped him hone his skills; he fondly recalls classes with Karthick Manickavasagam about the deeper meaning of music.

Right now an ordinary at Rahman’s studio as a vocalist and performer, the 22-year-old has his eye solidly set on becoming showbiz royalty in the music business. Aside from figuring out how to play the piano and guitar, Sarthak is additionally bustling delivering firsts, targetting at least one melody each month. “Music is like food, and everybody has various preferences,” he says, “Everybody has the fixings, however, it is what you think about it that has the effect.” 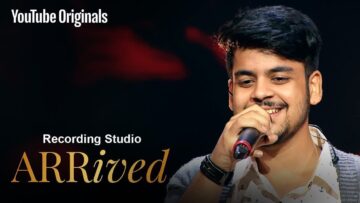