The Real Name Of Sajjan Adeeb is Sajjan Singh Sittu. He is a Punjabi singer and songwriter. Sajjan born on 20 September 1989 in A Sikhism family of Bathinda, Punjab, India. Sajjan completes his graduation from the University of Punjab, Patiala.
The debut song of Sajjan Adeeb is Ishqa de Lekhe(2016), which got a great response on youtube. Rajma Chawal and Punjabi food is the favourite food of Sajjan. He is a very big fan of Sherry Mann and Gurdas Mann. Sajjan has much intrusted in sports, Cricket is the favourite sport of Sajjan. Singing, writing, and listing music are some hobbies of Adeeb. Now he is 29 years old according to his birthdate. The most of his fans are students and youth. After that days singing is made his passion.

Sajjan Adeeb was born in the family of father Sajjan Singh which is a farmer. His mother is a housewife.
Sajjan is used to participate in singing competitions from his School days from there he gains intrust in Singing.
With the support of his friends, he starts singing in his hostel’s room and some time on the stage.
After this song, he made some other songs like Aa Chak challah, Rang Di Gulabi and Cheta Tera. These all songs are very much hit on youtube.
There is a huge fan and following of Sajjan Adeeb in Punjab and all over India.
During his college days he also participates in Bhangra competitions but till these days he did not get any singing opportunity.
He got his first name from his father name Sajjan Singh and his last name Adeeb from his college days. The meaning of Adeeb is a Poet.
Now the days his stage show are very popular in Punjab and he gains fame in a very short time period. His debut song Ishqa de Lekhe is a top viewed song.
Singing is a passion of Sajjan Adeeb and it’s also his first choice. At the beginning he publishes his song on his youtube chanal from there he gained a great publicity and fans.
Sajjan started getting singing offers from the big music companies like Speed Records when one of his friends uploaded his video on youtube.
He comes up with the superhit song Ishqa de Lekhe in 2016 finally after the struggle of 6 years. 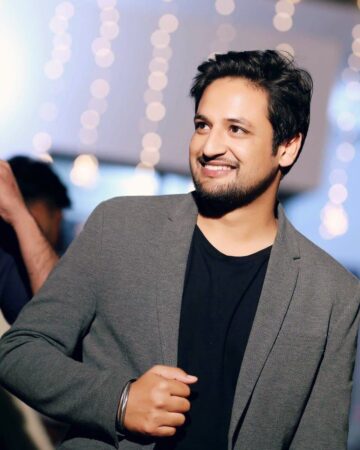