Ravinder Grewal is an punjabi singer and actor. He has produced a Punjabi-language film, Raula Pai Gaya, through his own production house. In 2015, he featured in the legal comedy Judge Singh LLB. Ravinder Grewal started his singing career with the song ‘Naal Nach Lei’ and his first film ‘Raula Pai Gaya’ in 2013. He started singing during his college days. Ravinder Grewal also sings religious songs. He has sung many Punjabi Songs and gained popularity. He is very talented and most popular Punjabi Singer and Actor.

Ravinder Grewal Age 39 Years Old, He born in Village Gujjarwal, District Ludhiana, Punjab, India. His Father Name, Mother Name and Siblings Names Not Known. He has completed his graduation. Ravinder Grewal’s marital information are not known but we will update it as soon as possible. He belongs to a Sikhism family and His Zodiac Sign is Aries. 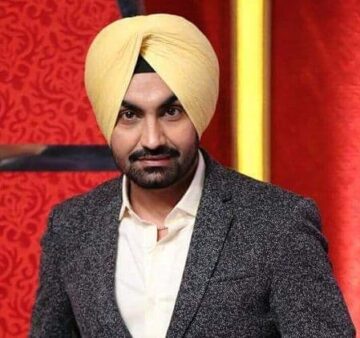