Raj Barman was born on 30 October 1994. his real name is Rudrajit Barman. Raj Burman is a Songwriter, Composer, Playback Singer, Programmer, Live Performer. On his YouTube Channel, he covers the Mashups of Bengali and Bollywood Songs. He has also taken training in Semi-Classical Music from the teachers like Dilip Das and Balu Datta.

Rudrajit Barman also known as Raj Barman is a Playback Singer, Songwriter, Programmer, Composer, Live Performer from Kolkata, India. Raj Barman got his stardom through his Youtube channel where he covers the mashup of Bollywood and Bengali songs. The star got overnight sensation with his melodious tune covering the Sonu Nigam’s hit “Abhi Mujh Mein Kahin.” His Youtube channel currently over 2.1 Million subscribers. He made his debut as a Playback singer with the film Meher Aali and Kuasha Jakhon. Raj Barman was born on 30 Oct 1994 & age is 25 years as of 2019.

Raj Barman is a Playback Singer, Songwriter, Programmer, Composer, Live Performer, Youtuber. Raj Barman also known as Rudrajit Barman. He made his debut as a Playback singer with the film Kuasha Jakhon and Meher Aali Raj Barman is a professional singer based out of the capital city of West Bengal, Kolkata.
West bengal best Julien Day School where Raj went from. There focus is to stimulate the development of every aspect of the child’s personality – physical, intellectual, emotional, logical and spritul.

Raj Barman on youtube has covered and mashups have got him 2.44 million subscribers with 69 videos. Raj Barman was born on 30 Oct 1994 and age is 26 years as of 2020. He has started singing from age of 15 years. While he was singing whole day at home his mother has noticed that voice is too good .His mom has recorded the voice and taken to guru Pintu Bhattacharya and his practice started.

Now Raj Barman is one of the Successful World Music Singer. He has ranked as a celebrity who is only 26. He presents Super hit romantic mashup in Bollywood & Bengali songs.

He has started Youtube Channel in the year of 2009 and got viral in the year of 2018. Which was 99 million view overnoght on “New vs. Old 2 Bollywood Mashup” video with Deepshikha Raina now it’s 115 million plus view. He has got “Best Playback Singer Telecine Awards” Bengali Male 2018. 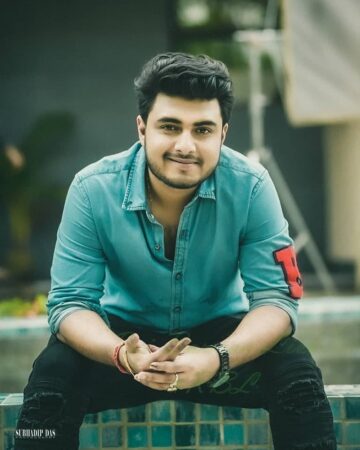