Rahul Jain was born on 29th April in Indore in the state of Madhya Pradesh, India. He is an Indian Singer, Playback Singer & YouTube Star.

Rahul Jain belongs to a singing family his brother Amit Jain is a classical singer, his mother is a writer and his father is a music composer. He himself is a music composer, singer and also a (voice-over), artist. He has appeared in more than five hundred shows to date. He was so passionate towards music and to pursue his passion he started singing at the tender age of 6 and started participating in many concerts and live shows. He has won many prominent awards and also won some singing shows.

While he was studying in college, he started his own rock band. His band performed in many shows across Pan India and entertained the public through their energetic performances.”Rahul came to limelight after he emerged winner of “92.7 Big FM” organised (“MTV Indies Big Hindustani”). In 2012 he also participated in a singing reality show titled “Bharat Ki Shaan”, “India’s Raw Star” in which he reached till top fifteen finalists. He has also won the singing contest “Voice of MP” which was organised by the govt of M.P. He has also shared the stage with the renowned Bollywood singer’s like “Udit Narayan, Vinod Rathore and Alisha Chinoy. He is currently seen singing and performing at various Private Parties, Corporate Parties, and College Campuses among others. He has a massive fan following on social media and all his songs are a huge hit on YouTube.

According to Trending Celebs Now, Rahul Jain’s estimated Net Worth, Salary, Income, Cars, Lifestyles & much more details has been updated below. Let’s check, How Rich is Rahul Jain in 2020?

Noted, Currently We don’t have enough information about Cars, Monthly/Yearly Salary etc. We will update soon. 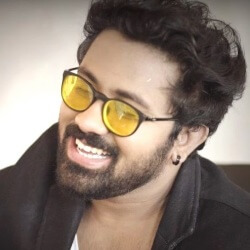