Momina Mustehsan is a rising Pakistani singer and songwriter. She has just begun her career in singing and is associated with Coke Studio.Likewise, she is a beautiful-talented singer with a melodious voice.

Born on 5th September 1992, Momina Musteshan has given her voice in few movies such as Ek Villain, Zindagi Kitni Haseen Hay. She has worked with famous actors such as Rahat Fateh Ali Khan, Asim Azhar, Ali Azmat and so on. Besides her singing, she has sung the anthem song for the Pakistan Super League.

At a very young age she achieved quite a few graces for her explicit talent, she kicked off with a snowball of over 100 million views for her Youtube music video, in 2017. BBC titled her as ‘One of BBC’s most Influential Women’, she was featured in ‘Forbes’, ‘30 Under 30’ and this very year, she was honoured by The Stony Book University as one among the ’40 most successful graduates’. 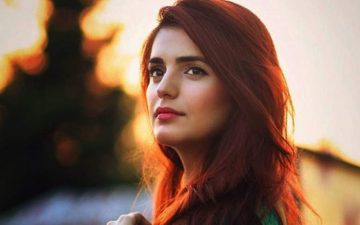