Her original name is Kelmash Devi. She was born in a Hindu Rajput family in Reasi, Jammu & Kashmir. Her father is Tejaram and mother is Gurra Devi.Her sister is married in Mohali, Punjab.It was through spending time at her place during her school vacations that Mannat was exposed to Punjabi language to a wider extent.After graduating from school, she moved to Punjab.

After completing her schooling from Jammu she moved to Chandigarh but didn’t get to perform on the college stage. Famous music director Gurmeet Singh was in her contact already through whom she got to meet Paviter Pitta,a well known songwriter in the industry. At the same time he was looking for a new talent for his songs and through Gurmeet Singh he met Mannat whose magical voice sealed the deal for him. He would later go on to pen many of her songs including her official debut single which was “Sari Raat Nachna”,December 2015.The song’s music was given by R Guru.This was not really her first song as she had recorded many unreleased movies,though this helped her achieve a wider audience and recognition and she went on to collaborate with many recognised names of the industry like J star. 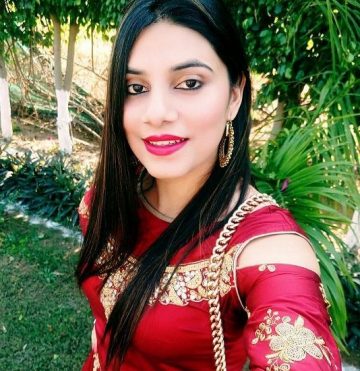