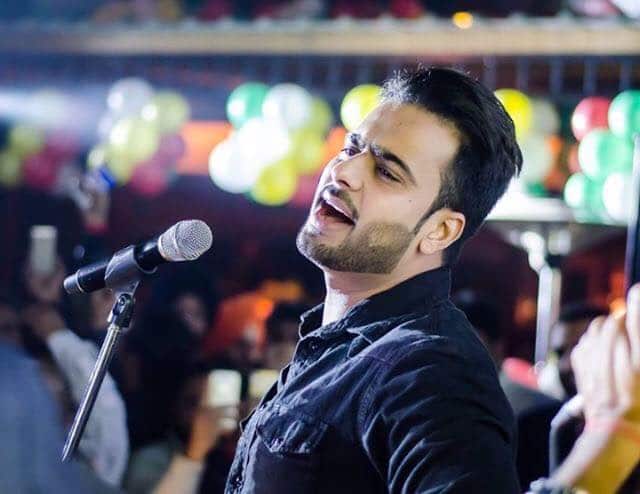 Mankirt Aulakh is a 27 years old Punjabi singer who was born on 2 October 1990 in the small village Behbalpur, Fatehabad, Haryana, India. His friend and family members call him by his nickname ‘Mani’.

He did his schooling from his village Behbalpur in Fatehabad and later on, he shifted to Chandigarh for his further studies where he started his singing career.

Initially, he was interested in playing Kabaddi and has been the part of wrestling in 2013. He used to sing in college’s youth fest and his friends insisted him to opt singing as his career.

Mankirt Aulakh as a wrestler

Mankirt is a stunning and tall dashing guy who is approximately 6’1” and weighs around 80 kg. He has a fit and strong body; chest is to be around 42 inches and biceps are 16 inches. He has attractive brown eyes, black hair and has a trending beard and moustaches. He is widely followed and has become a trendsetter as many people in Punjab have started following his style.

During his teenage, he was called by the name ‘Mani Pahalwan’ because he has a strong giant physical structure. So, later on, he went through body transformation.

He hails from Jatt- Sikh family from Haryana. He was born into the farmer’s family. His father Sardar Nishant Singh Aulakh is a farmer and mother is a homemaker. He has a brother name Ravsher Singh Aulakh.

According to our research, Mankirt is a single who is concentrating on his career.

Mankirt started his singing career in 2013 with his debut song ‘Darshan Karke’ with DJ Sanj, which could not win the heart of the audience, neither his looks.

So, after working on his voice and looks, he released his next song ‘Kaka Ji’ in 2014, which became a worldwide hit and gave a huge popularity.

He has worked with many leading models like Himanshi Khurana, Sonia Mann, Tanvi Nagi, Parmish Verma, Sim Khurme, and many more.

Before coming to Punjabi music industry, he was a Kabaddi player and a wrestler.
He is an alcoholic.
He is a good friend with Parmish Verma and Punjabi lyricist Prince Rakhdi who gave him his songs.
He is a fitness freak.
He likes to eat ‘Sarso Da Saag’ and butter chicken.
His favourite colour is black.
He also sings at public marriage functions and parties.
His favourite actors are Sanjay Dutt, Salman Khan, Akshay Kumar, and Guggu Gill.
He likes to listen to the songs of Gurdas Maan, Ammy Virk, and Nishawn Bhullar.