The single is the first song of Mellow Series, Madhuvanthi’s ambitious project through which she plans to give a contemporary touch to Hindustani compositions. “This song is a traditional bandish in Jaunpuri raga, composed by Sadarang and Adarang, who were court musicians of 18th century ruler Mohammed Shah. This composition is very close to my heart,” says the singer, now based in Chennai.

Indian classical music, especially, Hindustani music, may not enjoy the patronage of a large audience, especially in South India. But that hasn’t stopped Madhuvanthi Narayan from experimenting with the genre.

Having imbibed the nuances of this music tradition from her father, renowned Hindustani musician and composer Ramesh Narayan, the young musician has come out with a production, which she hopes will bring more listeners closer to the genre. She has released a music video of her single, ‘Jaunty Jaunpuri’, which has the composition, ‘Payal ki jhankaar bairaniya’ in a new flavour. While the project has been conceptualised by her, music production is by her husband, Vishnu Vijay, composer and flautist, who shot to fame with his tracks in Guppy and his state-award-winning background score for the same film.

Explaining about her series, Madhuvanthi says, “All songs will have a new flavour as they will be set to a modern arrangement. This is the original tune of ‘Payal ki…’, but it has been set in an EDM pattern. However, the other songs won’t follow the same style. The next one might be an unplugged version. Or I will use just one instrument, say acoustic guitar. We are working on it,” she says.

When asked about the duration of the video, which is just under three minutes, Madhuvanthi says that she deliberately did so. “In this fast-paced era nobody is patient enough to watch even a five-minute YouTube music video. That’s why I went for a capsule format,” she explains. 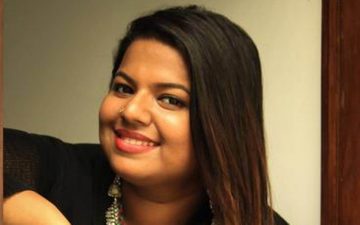