He Is The Punjabi Singer.

Khasa Aala Chahar’s brother was born in Khas Gam. Therefore, he also added the word “Khasa” to his name . By the way, brother’s real name is Abhishek .

Chaha Ala Chahar Bhai got his primary education from the village school itself. After that, he enrolled in a school in Hisar. She is currently in the final year of Graduation from IGNOU University .

Khasa Ala Chahar made her Debut As A writer in the music industry . Later he also started singing. He made his debut as A singer with the song FATHER SHAB . Which was a super Dooper hit. The song has 140 million + views to date. This song in Carrer was a Game Changer. After this, he did not look back. 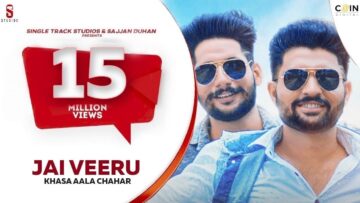