Khan Bhaini is a Punjabi singer, lyricist, and music composer associated with Punjabi Music Industry. He was born on 13 August 1995 and his birthplace is Bhaini Mehraj, Barnala, Punjab, India. His height is about 5′ 8”. Khan Bhaini’s real name is Bishwas Khan Bhaini but everyone knows him by the name of Khan Bhaini.

He started his career as a lyricist and his written songs are Enough, Sidhua Da Munda, and Dodge which was sung by Gulab Sidhu.
In 2019, Bhaini started his singing career with 12 PM to 12 AM song featuring Karan Aujla and has 5+ Million views on Youtube.
He became famous with Bille Bille Naina Waliye’s song, which was a great hit and has 65+ million views.
His other hit songs are Naagmani, Bille Bille Naina Waliye, Gaddi Pichhe Naa, 2 cheene and Nakhre vs Guns.
Now he coming out with Proud To Be Desi featuring Fateh Deo. 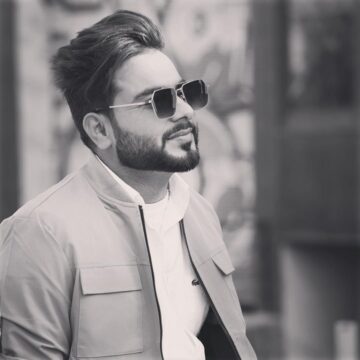