At a very young age, he wrote and produced his debut single “O Oh Jaane Jaana” in London. The song released in 1996 becoming the UK hit achieving platinum status.The song released worldwide in 1998 and simultaneously featured in the Bollywood blockbuster Pyaar Kiya To Darna Kya, starring Salman Khan and Kajol. The soundtrack went on to sell over 10 million copies and the success of the movie has widely been attributed by film pundits to the popularity of Kamaal’s debut song. As a result of his successful debut single, Kamaal was signed by record label HMV in December 1997.

As a playback singer, he has sung numerous songs for most of the well-known music directors in the Indian film industry such as A.R. Rahman, Rajesh Roshan, Himesh Reshammiya, Anu Malik, Sajid-Wajid, Pritam, Vishal-Shekhar, Salim Suleiman, Anand Raaj Anand, and others.

Kamaal Khan has won the “R.D.Burman” Filmfare Award for the “Most Promising Upcoming Talent” becoming the first UK born male winner of the coveted Filmfare Award since its introduction in 1954. He is also a winner/nominee of numerous awards such as MTV, Filmfare, ZEE, and Channel for both singing and acting. He went on to achieve further success with his solo albums O Oh Jaane Jana, Suno To Deewana Dil and Kal Raat. MTV Award-winning director Shivraj Santhakumar collaborated with Kamaal to shoot a music video for Kal Raat in Rome. The music video caught the eye of Bollywood director Rahul Rawail and landed Kamaal his debut acting role.

Kamaal has also worked with two-time Oscar-winning Musical Director A. R. Rahman . As a solo artist, he has performed over 250 concerts in arenas across the globe visiting 127 cities in 27 countries as well as performing live with the international supergroup “Boney M”. 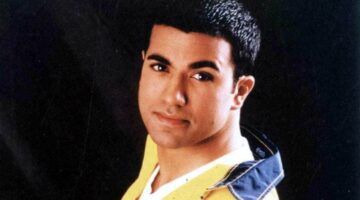