Jasdeep Singh Gill is an Indian singer and actor mainly associated with Punjabi music and films.

Gill was born as Jasdeep Singh Gill and he hails from Jandali village near Khanna in Ludhiana district of Punjab. He studied at Gobindgarh Public College where he took up two practical subjects, music and physical education. He was trained to sing in local youth festivals. He bagged the second position four times consecutively. He struggled for three years before his debut and had to wash cars in Australia.

Gill made his debut in 2011 with the album Batchmate which included the song “Churiyan”. In 2012 he followed this up by releasing the single “Vigrey Sharabi”. In January 2013 he released his second album “Batchmate 2”, which included the song “Lancer” with lyrics by Narinder Batth. He followed this up with the song “Classmate” that featured in the movie Daddy Cool Munde Fool. In September 2013 he came out with another single, “Pyar Mera”. fter the release of his album Replay, he released the single “Nakhre” in 2017. 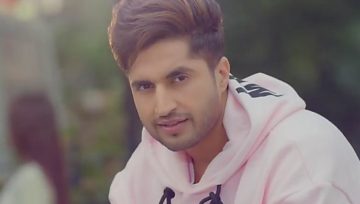